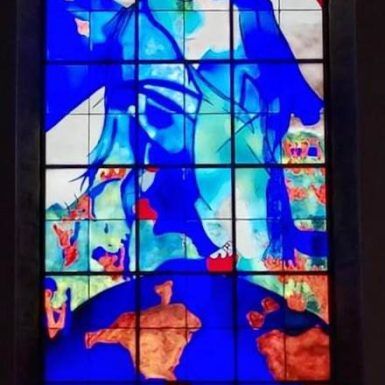 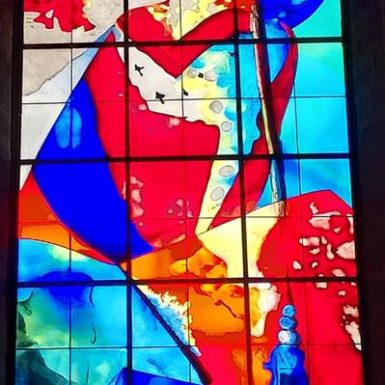 XNUMXth century religious building in a classic style, in local blue stone.
To discover: the reliquary bust of St-Hilaire, the magnificent stalls in the Louis XIV style and its original bell tower cited by Victor Hugo.

Located on Place Carnot, in the heart of the city. Rue de la Fausse Porte has the particularity of passing under the choir of the religious building through a beautiful stone vault. You may not be familiar with Victor Hugo's text written in 1838 in which he kindly mocks the steeple of the Saint-Hilaire church: “The brave architect took a priest's or lawyer's square cap. On this square cap he has erected an overturned bowl; on the bottom of this salad bowl which has become a platform, he has placed a sugar bowl, on the sugar bowl, a bottle, on the bottle, a sun fitted into the neck by the lower vertical ray; and finally, on the sun, a rooster skewered in the upper vertical ray. Assuming he took a day to come up with each of these ideas, he will have rested on the seventh day. This artist must have been Flemish”. The stained glass windows of the Saint-Hilaire church: The association of friends of Givetois religious heritage has invested in the rehabilitation of the interior of the Saint-Hilaire church in Givet with the project of providing it with 18 new stained glass windows. contemporary style. The stained glass windows were created by the artist-painter Catherine Roch de Hillerin and made by the workshop of master glassmakers Simon Marq in Reims. 18 stained glass windows must be installed, each 5m high and 2m wide. Already placed in the choir: "The Baptism" (right side) - "The Confirmation" (left side) In the nave: "Mary, mother of humanity" - "The Creation" - "Saint-Hilaire (left side) Note: Free access - Rue Saint-Hilaire - Left bank.